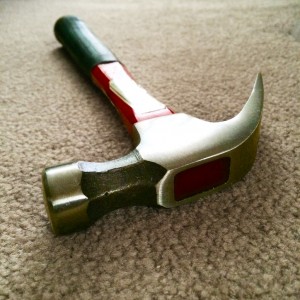 You do so much more than merely whack a piñata. It isn’t a mole. Piñata-whacking demands a level of respect. Of consideration. Let’s take a look at the factors:

How far will the hammer-head  travel on its way to unleashing its whacking fury on our piñata? Do you give it a little tap, or swing for the fence like a big leaguer?

A longer distance imparts more destruction, but does this affect accuracy? At the other end of the spectrum, how short is too short? For our inaugural bashing, we used first a wooden spoon (weak) followed by a bamboo spatula. We noticed most people used a short chopping motion, foregoing power for accuracy. Everyone wanted a piece of our snowman!

An interesting bit of physics. The mass of the piñata matters more than the mass of the hammer! Who-da-thunk-it? A low-mass piñata simply gets pushed around. It is kind of like trying to punch a feather. The trick is to either anchor the piñata (a normal piñata spins around on a single strand of string when whacked) or to give the piñata enough mass that it resists the hammer and all the impact is released into the contact point. Wow, science! 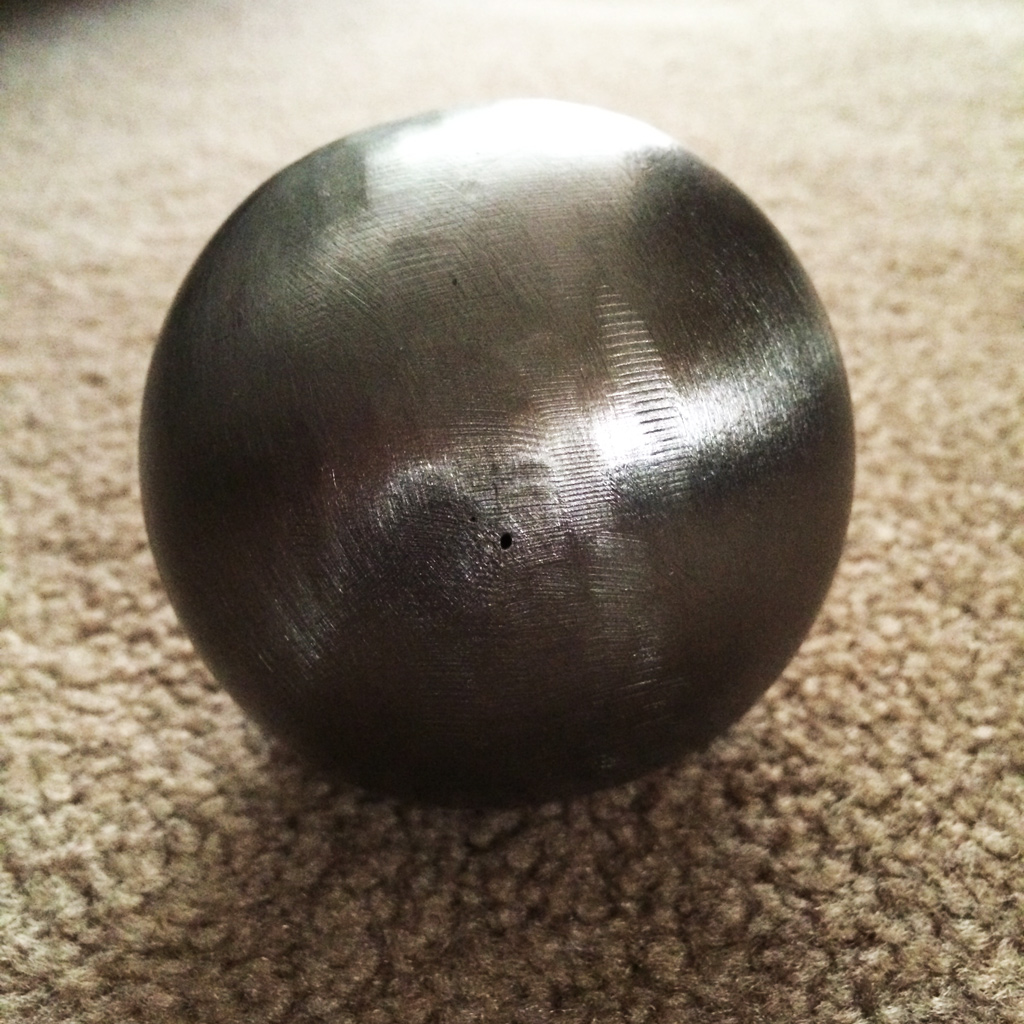 turns out size is not that important after all 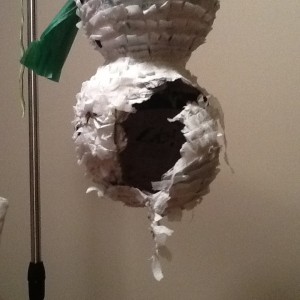 Whack! Will your hammer tear a gaping wound, or will your piñata dance away all flippant and intact?

it took a couple dozen whacks with the bamboo spatula to do this to our snowman.

A focused point will make a nice satisfying hole. A wide whacker—the flat side of an oar, for example—will distribute the force over a wide area and your piñata might sail away unbroken. Choose your weapon wisely!

There you have it. More than you ever wanted to know about laying the hurt on your piñata victim. We hope you’ve found this helpful and inspirational.

Expect the Unexpected …in bed →